Family of Choughs at The Lizard 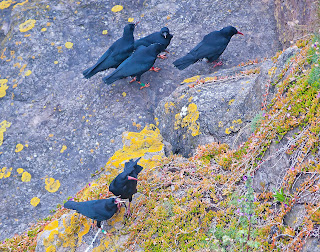 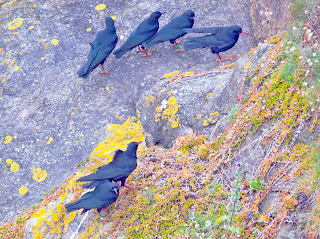 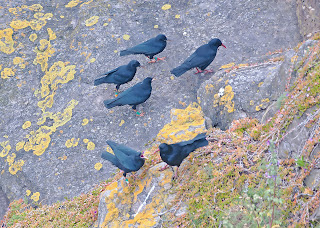 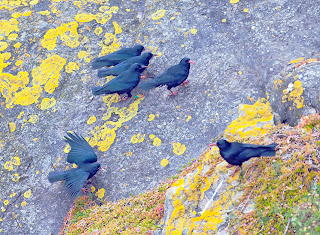 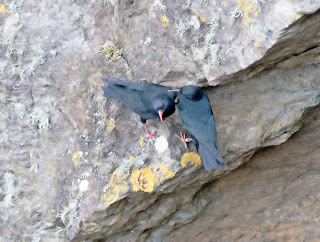 I have just returned from Cornwall having spent a week down there at Marazion. I had partially timed the visit to try and capture some images of some Cornish Chough young at The Lizard. I spent many early mornings down there with Bob Sharples and met Adrian Langdon a local Cornish photographer I admire which was great. I did however think I had missed my chance due to storms and high winds on Friday and Saturday. Determined I went down early Saturday morning and although it was blowing like old billyo[old St.Ives saying] and it was fairly dark I managed some images of the whole family two adults and four young. The images are not great quality more like record shots but I was pleased to take them. More Images of the adult Choughs will be put up on the site later in the week.,
Posted by Unknown at 02:14