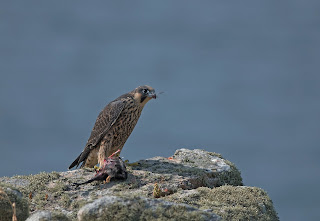 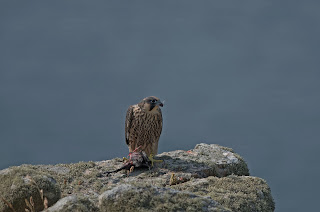 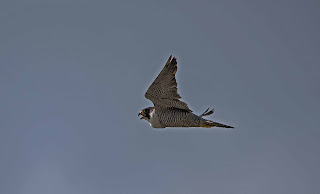 My first post for a while as I have been extremely busy at work and have had a run of weekends away. As I spend so much time on my work computer I have not had the time to edit my photos from the Summer and Autumn so now it is a bit quieter I hope to catch up. I have also been a bit lazy anyway thats my excuses over! I will catch up with the other Blogs as well later. These are some images of a Peregrine Falcon family I stumbled across when I was photographing Cornish Chough's on the South Cornish coast. The Juvenile Peregrine pictured here had just fledged the nest and enjoying a meal provided by its parent who flew over just as I was taking these images.In fact that day I saw seven Peregrine falcons as  saw a family of four at Lands End  although on  that occasion I did not have my camera with me.
Posted by Unknown at 13:57