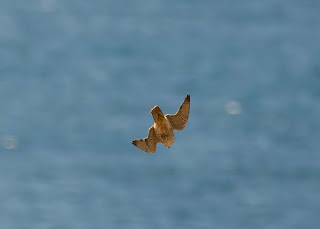 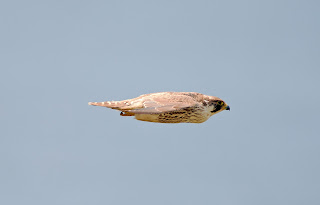 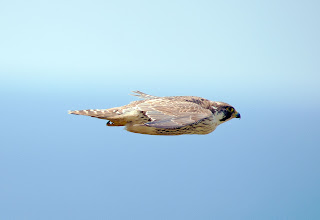 Whilst on my recent visit to Cornwall I saw two Peregrine Falcons on consecutive days attacking Sea gulls . On one occasion this was close to Portleven however these images were taken near Cot Valley, close to St.Just. When I saw this Peregrine Falcon initially it was literally teasing a Raven getting close to it and then dive bombing it. Eventually it got bored with this and gave me quite a close up view by flying closely by. Later on I saw it attackinbg sea gulls and the first image captures the start of of one of these attacks. The gull was extremely lucky to dodge the attack. These captures were captured by my 300mm f2.8 Nikon lense which was handheld but the speed of this bird made it difficult to get an ultra sharp image.
Posted by Unknown at 14:30