Death or Glory at the Lizard 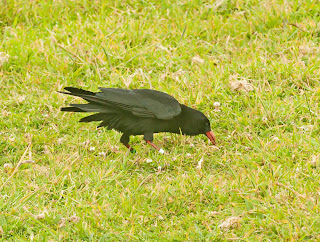 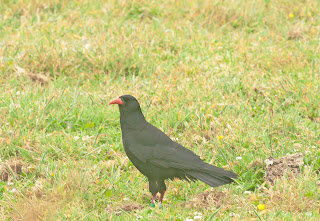 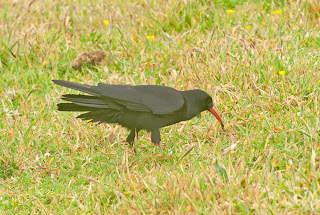 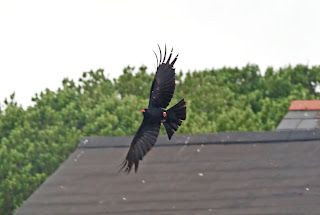 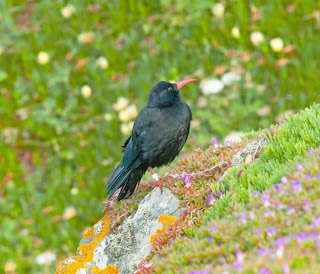 I have just returned after spending a week in Cornwall and spent some time at the Lizard taking images of  Cornish Choughs there.As some people may know in 2001 three Choughs arrived from Ireland and two of those have bred there since producing 44 chicks. Unfortunately both the male and female have disappeared in recent weeks presumed dead.The male was seen fighting with a younger male who had accompanied the older pair since the Winter and there is some conjecture as to whether the two chicks there were fathered by the older male or younger male. Since the old pair have disappeared this younger male Chough has done a sterling job by himself bringing food for both chicks by himself. The chicks are due to fledge soon and will need some luck over the coming months. I had some problems with my camera and also poor light at times but these images were some of the better ones I could get.
Posted by Unknown at 08:29