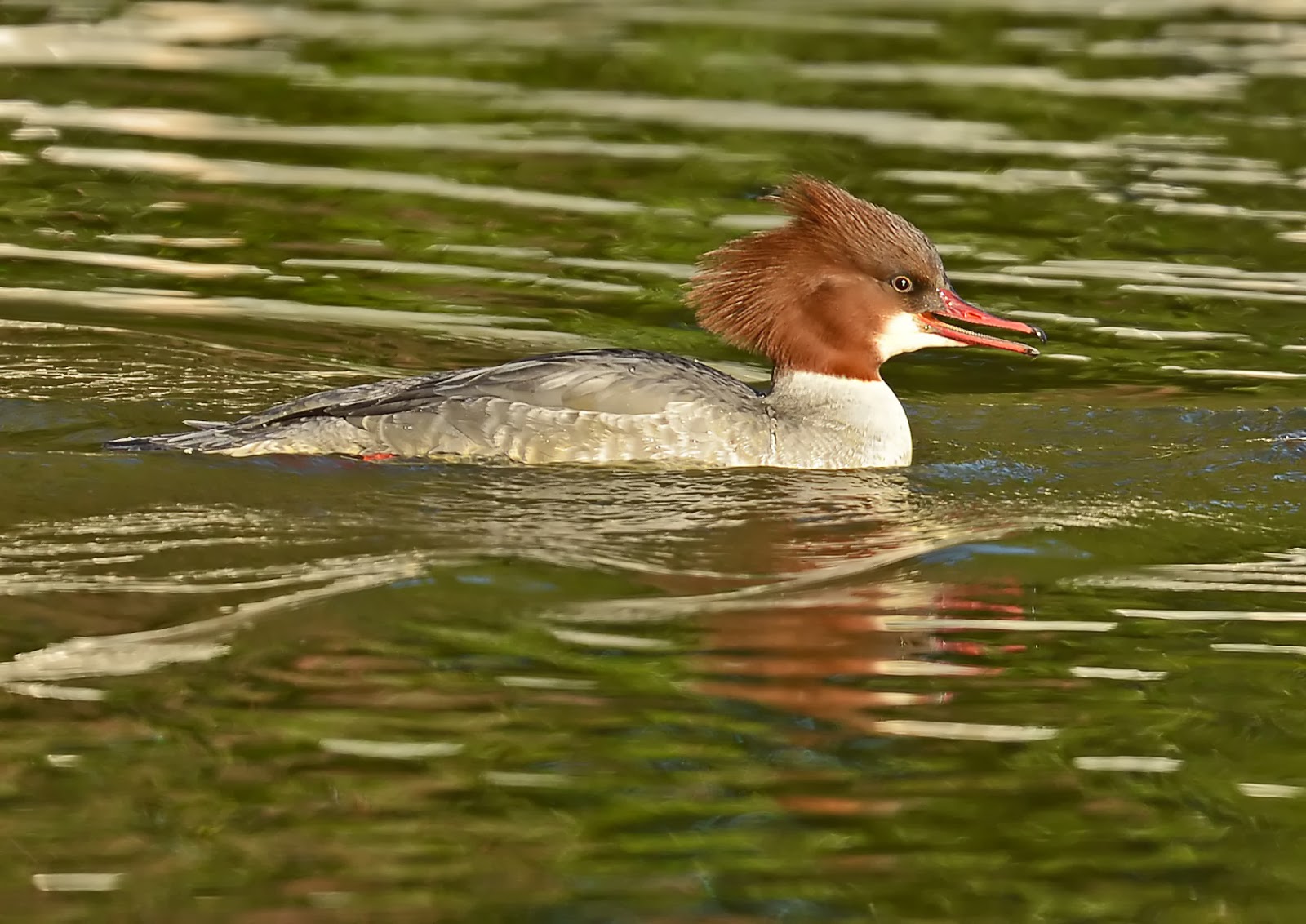 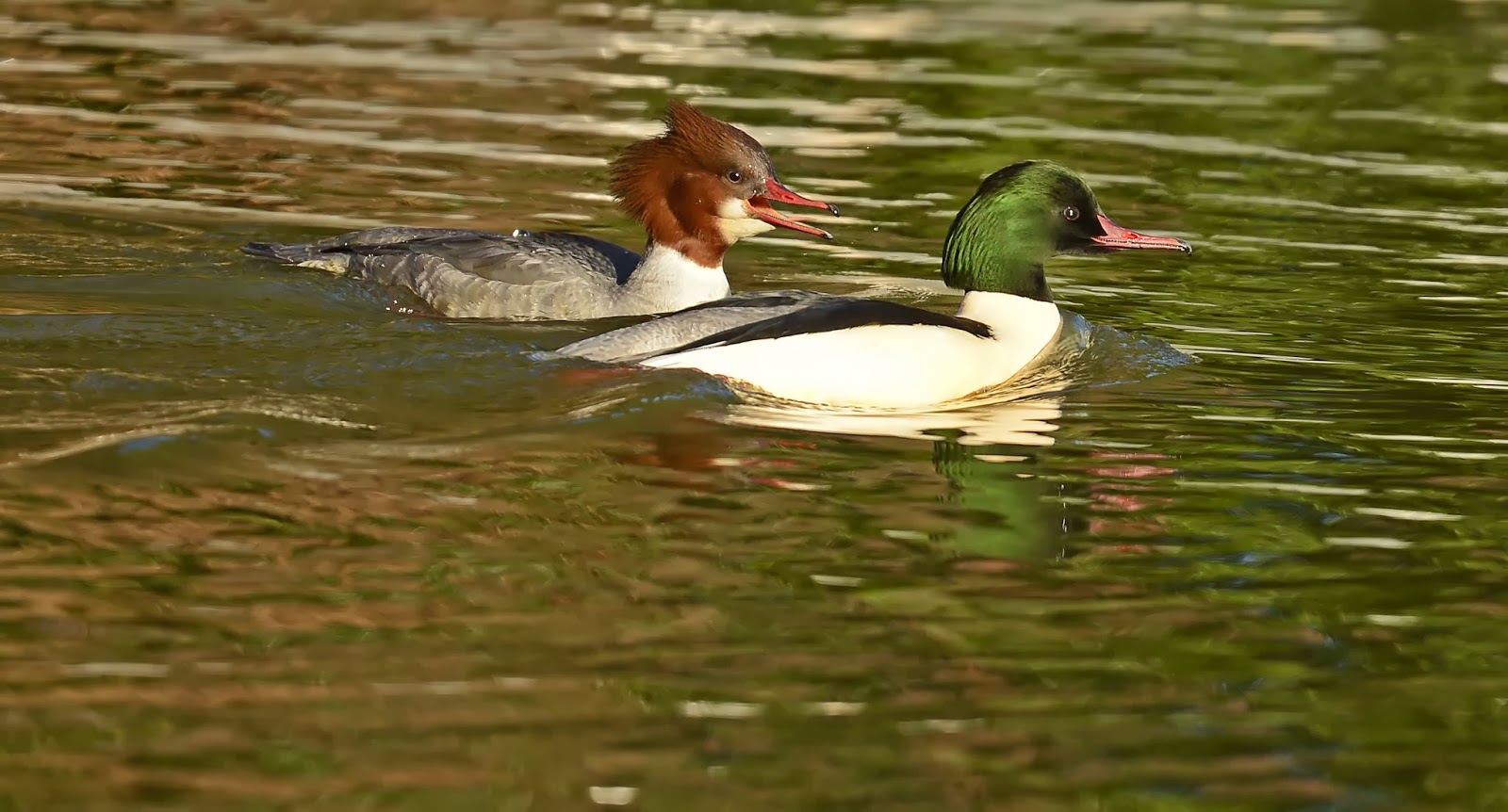 I did not go out very often with my camera in January due to the poor weather and poor light. I did go to Forty hall however on one occasion when I read there were some Goosanders on the lake there. I had never photographed these before so I waited for them to come within camera range and took a few shots. These were amongst the better images. The female Goosander was harded to photograph as she stayed in the middler of the lake but I got some shots of her when she came closer just as I was about to leave.